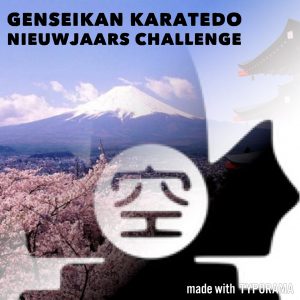 Genseikan Karatedo has once again started the year with a bang by holding the New Year's challenge in two dojos at the same time. Sure 70 karatekas went above and beyond in a monster workout of over 1,5 hours to make no less than two thousand and eighteen techniques!

On Friday 12 January training started in both the dojo in Schagen and the dojo in Amstelveen. The build-up of the challenge started as a group in which the basic techniques such as punching blocks and kicks were done individually. Then these were combined and then expanded with a step forward. The pace was high, but the karatekas were highly motivated. This was followed by the squat-mae-geri, among other things (a knee bend and a forward kick on rising. This one was spicy but the spirit was very good! Then a kumite part followed in which we worked in pairs, the punches and kicks were done with and against each other. The last part was also in pairs where the cooperation was crucial because during the push-up and when you come up you had to stretch your arm forward with your partner to give a high five.
So, there were a thousand, just a short break to catch your breath.

Time for lap two where again alternately the black belts indicated the pace on command. But the energy was unaltered strong. In the last part, a moment was taken so that everyone was ready. As one team were the last 18 techniques done. These were also the most physically demanding; the burpees.
Everyone combatted the challenge. And afterwards there was also cheers and applause. Everyone was also given a cup of chocolate milk to drink.
All participants went home with a diploma as proof of this very sporty and tough challenge.

All very well done and that promises something for the rest of the year! 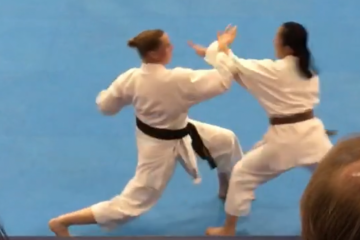 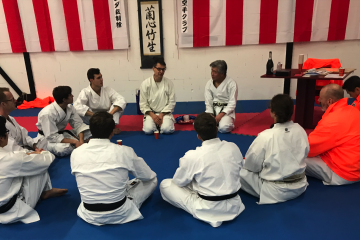